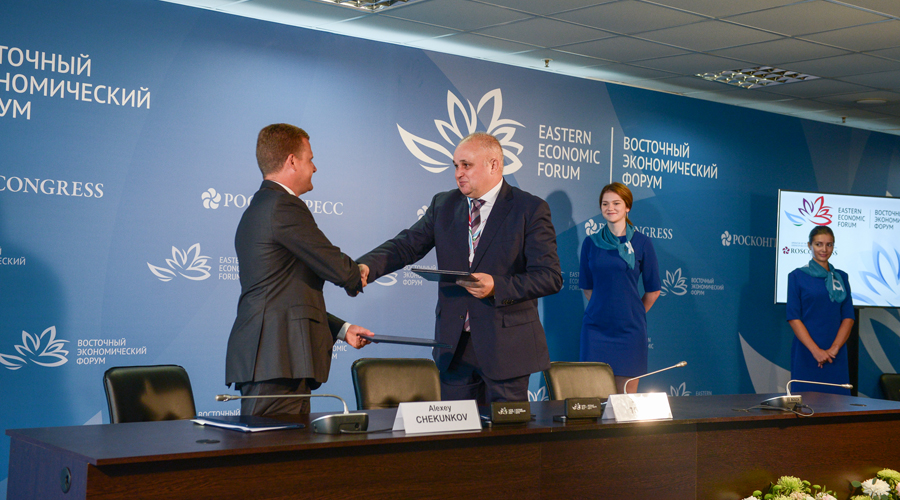 The Far East Development Fund will consider the opportunity of granting a loan totalling to 7 billion roubles to the Kolmar Coal Mining Company, which is implementing a project to increase coal production at the Chulmakanskoye and Denisovskoye fields and expand the current capacities of the Inaglinskiy Coal Complex in the territory of the Republic of Sakha (Yakutia).

For this purpose, an agreement was signed today at the Eastern Economic Forum in Vladivostok by the CEO of the Far East Development Fund, Aleksey Chekunkov, and the CEO of the Kolmar Group, Sergey Tsivilev.

The total cost of the development project of one of Russia’s largest fields of  coking coal is estimated at 12 billion roubles. It is planned to construct a coal mine, a  plant, and the necessary infrastructure. The project’s implementation will facilitate an increase in the extraction and processing of coking coal by 4 million tons.

The advantageous location of the field — access to the Mainline, railway and the Far Eastern sea ports — secures the products' entry to both the domestic and export markets. The project’s implementation will unlock the export potential of the Russian Far East and it will provide a significant social and economic effect by increasing the regional GRP by 45 billion roubles and boosting tax revenues by 13.6 billion roubles. The new enterprises will create about 1.6 thousand new jobs.